It seems like 2022 both dragged…and flew by. It was a very crazy year here. My mom had a stroke last January (right after her 3rd or 4th bout with Covid) and it took her a long while to get back up to speed.

She’s “mostly” back to her not-so-old mischievous self (she turned 61 in Oct!) Just last week, I caught her in the woods with my kiddo, her usual partner in crime…swinging on an old rope she’d tossed over a tree branch.

In July, Mom got hit with COVID again, and shared it with us. (My second go-round, despite vaccination).

It took me a few extra weeks to feel better, but man, was the brain fog REAL. (If I hadn’t had some books already written ahead of schedule, I’d have been toast!). I’m mostly back to normal now (mostly…)

I am so hoping this January I can rest!

But…now it’s time for my state of the Calle-verse update.

In 2022, I released Masterson book #7), all four of the There is a Season… contemporary romance books, plus Masterson #8 and Masterson #9 And the online serial that turned into a novella was also published to the retailers. Eight books in one year. I haven’t done that in a long time.

For those who aren’t aware, in 2017, I fell and did major damage to some discs in my neck that still cause issues even after five years of treatment and weekly physical therapy. It slowed my writing WAY down for a few years, and I had to drop two of my series’ because I couldn’t physically keep up. I went from 8 books a year down to 2 or 3 books released for several years.

Most will be set in the Finley Creek “world”, I think.There are at least 2 Mastersons planned. I never set my schedule in stone b/c of physical therapy, flare-ups, rescuing my mother from rope swings and rogue ducks, etc.

I am hoping to have at least the first two books of Finley Creek: Enemies Within (the next set of Finleys) finished this year, rather early. Powell/Gunnar and Haldyn/Jarrod, but I don’t know whose story will be first.

My current main project is Zoey’s book, Hearing her Cries. She’s Small-Town Sheriffs book 2! I have been waiting since 2018 to get to her book (I was working on hers when I fell, actually). However, the technology her storyline was based on is as of 2021..now scientifically obsolete.

So she’s getting a bit of an overhaul, and it is going very, very well. I am extremely excited to get back to the Small-Town Sheriff titles. I have six other STS titles listed on the schedule (it was five, but Boone from Gil/Sage’s book snuck his way onto the list, I think!) I hated having to put them on hold as long as I did.

They are longer books, and more romantic thriller than romantic suspense. Far more complicated, too. A lot harder to write.

It’s Zoey Daviess and Murdoch Lake. He’s all big and rough around the edges and Zoey’s all cool and guarded. But Murdoch has a sweet side that I am loving exploring.

For 2023, I am doing some new things, but I’ll get into those at a later date (some of these “new things” involve PAVAD! PAVAD has definitely not been forgotten).

I am also planning to do more things that are directly available to readers, via my own bookstore. (One of those is Jenny and Rowland from the Masterson series. Watch for their story coming as a free online serial in 2023!).

I love the creative control hosting my own store is giving me now. Amazon and the other retailers can be very restrictive when it comes to pricing and how they ‘arrange’ series and that kind of thing.

Having a direct store allows me to play with pricing and offer better discounts and coupons and just do what I want with my books. Sometimes, I want to give coupons or run specials like 2-for-1s and things like that. (All of my current titles can be purchased at my store now. There’s a coupon code to save 10% now.)

I do plan to have a members-only section on my website, where there will be discounts on books, free short stories, and sneak peeks at upcoming releases, stories that are exclusive to my site for the first year, deleted scenes, games, puzzles, T-shirts, that kind of thing.

Membership will be free, but it will be behind a log-in wall.

I do think a lot more authors will be having direct-to-reader stores in the future, so keep your eyes peeled for your favorite authors’ sites. I know I plan to buy directly from authors I love instead of going through retailers.

When I had to slow down, it was very difficult for me. Writing fuels me in a way other (non-family) things just don’t.

I’m planning to take 2023 to sit back and enjoy the process again.

Running a publishing business requires wearing a lot of hats to do so successfully—unless you hire someone to help (which I may be doing in the next few years, I haven’t decided yet). And it does take a lot of time. Time I would far rather spend on writing more things. I’m basically taking 2023 “off” to play with the writing again.

For the business side of things:

In 2023, I’m focusing on getting my website rebuilt to the way I like it, and on getting the entire catalog into paperbacks and large prints. That’s about it, other than the writing.

My first commitment will always be to writing strong, complex, entertaining, original books with characters that are relatable and understandable, who are facing incredible odds that they learn to triumph over—together. No matter what.

That is my brand promise now, and it has been since Feb. 2, 2011 when my first book released (a now defunct pen name and that book is down, for possible relaunch later).

This brand promise will continue to be what I promise my readers going forward.

Every book I release will be as strong as I can make it from a story-telling perspective. I want to bring my characters to life as much as I possibly can.

And for a wrap up of what to watch for, books that I have currently started (but don’t know release dates for):

The Dardanos paranormal books: Where I am at with them now…

I have NOT abandoned them at all. I love, love, love my paranormal world. I work in it for a little while every night. I am still in the process of rewriting these titles. Several books in the series needed strengthening a bit to fit the brand promise I’d mentioned above.

The next PNR title is a brand-new title featuring a couple that I have been waiting 11 years to finally get to write (Becca and Matt). It is actually going to be finished within the next month, and sent off to the editor.

After that, there are two more full rewrites planned. And then there are partial rewrites (a bit of sprucing up, mostly) planned for the rest of the books in the series. I plan to weave some all-new stories in around those, as well.

I will finish Phaena and Eaudne’s stories last, as they are the final stories I had originally intended, and their books are going to be intense. And I want them to be the ones to have the ultimate challenges, because that’s where the first books led so long ago. (My paranormals were actually my very first books!)

Watch for more information on the PNR in 2023, for sure…

I think that’s everything.

I hope everyone has a happy and lessed 2023!

2 thoughts on “2023: State of the Calle-Verse Address (and a tiny Ben/Dusty excerpt)” 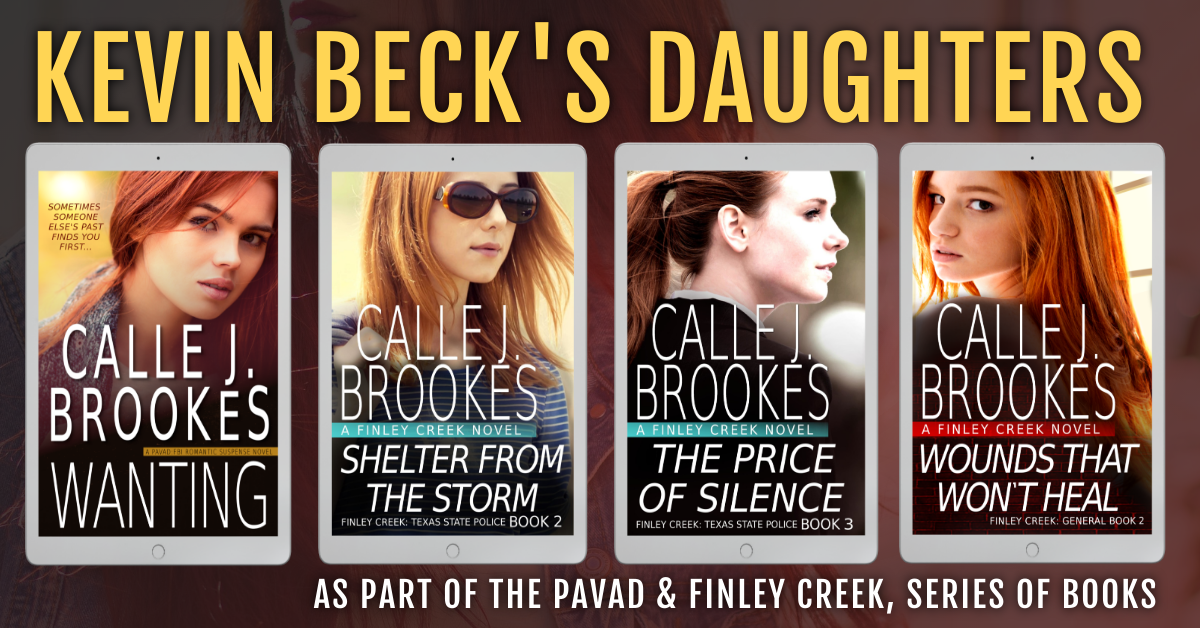