AFTER THE therapy session that wasn’t really a therapy session–none of us wanted to talk about what the guy did except for Gabby, who had rambled in true Gabby fashion–talk turned to more interesting things. Like Lacy’s ranch and who was the latest hospital chief of staff at Finley Creek General, where Jilly and the other two worked.

The former COS was on medical leave for a few more weeks. He’d been shot when Lacy had been beaten in the hospital parking lot.

We just couldn’t escape reminders of it, could we?

The hospital had had trouble finding someone to replace Lanning, ever since, I guess.

Jilly wasn’t going back. Not yet. She’d decided to take the time to finish her advanced nursing degree. She’d gone to the Bursar a few weeks back to pay the Spring tuition and someone else had paid the rest of her degree off.

I strongly suspected my evil father-in-law was the culprit, so I’d had Dad check.

Someone had provided a full-ride scholarship for Syd, too.

Houghton and Luc both swore that it wasn’t them, and I believed them. Houghton wouldn’t lie about it.

Is it wrong to admit that the idea that no one had ever caught him freaks me out a great deal?

I can’t help but wonder if he’s going to come back around again, totally turning my life–and his son’s–completely upside down.

If all goes according to plan, Jillian will graduate at the end of May.

She deserves it, she has worked so hard to get to where she was. She’d even doubled up on some of her earlier classes to get ahead. Not too shabby for a woman who’d struggled with moderate dyslexia her entire life.

Did I mention how proud I am of my little sisters?

They have both overcome some seriously crappy odds to become the bright, wonderful women they are today. And Syd?

Syd is awesome. (Of course, I did have a huge hand in raising her to be that way!)

Brynna will be here in about an hour. She and Chance usually arrive around nine-thirty and we share a late breakfast. Houghton hits his office around seven in the morning–he’s an early bird who loves to snuggle in the mornings–but will come up to greet them.

Then he drags Chance off somewhere, most days.

When I need to go somewhere Chance is expected to accompany me. Brynna usually tags along, unless she’s knee deep in computers.

Talk about the one thing that annoys me about this whole gig.

My brother-in-law takes overprotective to the extremes.

But I’m dealing. Better than the alternative, right? And Houghton…

He’s terrified something will happen to me. I don’t like seeing my husband afraid.

The murder of his mother still weighs deeply on him. I wish…

I wish there was some way to find out who was responsible. Give him that, at least.

Maybe I’ll talk to Elliot about it, see if he can justify putting the Cold Case Division on it.

My former partner Jarrod is the head of the new division at the TSP. He’ll kick ass and take names. I know he will. 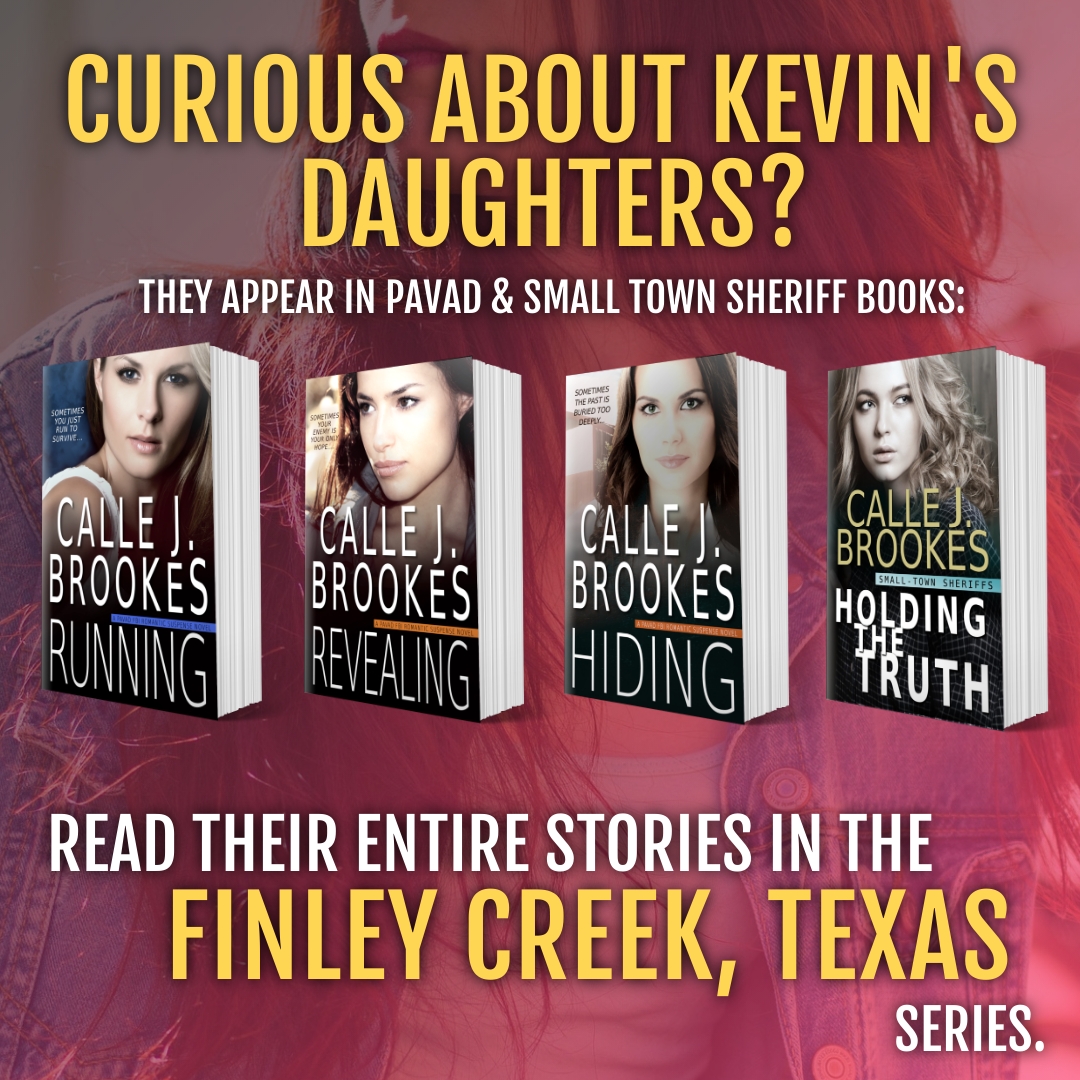